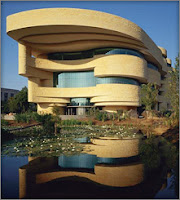 In September my partner is attending a work conference just outside of Washington, DC.  I’ve decided I’m going to tag along on the trip and explore some of historic sites, museums, and general history goodness in the area. So far I’ve come up with a few must see places, but I would love to hear suggestions from anyone who is familiar with the area and who has a general love of history.

If time permits I would also like to make a visit to one of the numerous art galleries or art museums.  If you have visited Washington in the past what were some of your favourite experiences?

This is the sixth segment in a series of posts entitled, “Collection Glimpses.”  Each post in the series  focuses on a unique collection, innovative repository, or a not well known cultural heritage institution.

The most unique thing about the Manitoba Museum is perhaps its emphasis on 3D walk through galleries within a museum setting.  Unlike most museum settings which are two-dimensional spaces, three-deminsional galleries provide a feeling of immersion in a setting. Some of the Museum’s notable 3D galleries include: Nonsuch, a full-size 17th century sailing vessel, the Urban Gallery, which takes you back in time to Winnipeg during the 1920′s, and the Ancient Seas exhibit, which includes three screen animation of what the sea was like in Manitoba years ago.  Ancient Seas was featured in the March/April issue of Muse.

The Manitoba Museum also has a number of innovative fundraising programs.  The Museum`s Adopt an Artefact program, an idea similar to the WWF`s adopt an endangered animal program, allows donors to symbolically adopt an artefact of their choice.  The Adopt an Artefact helps make donations a bit more tangible to donors and is allows non-display artefacts to be brought to the attention of donors. Other fundraising initiatives allow donors to donate to a special project.  These projects may include preservation work on a large exhibit, development of an interactive exhibit, or outreach programming.  Similar to the adoption program, special project fundraising helps people visualize and identify what they are donating to.

The Museum`s website provides a great overview of the organization`s educational programs and galleries. Additionally, the museum has digitized part of its collection and made it available via a searchable database.  Each item in the database includes a picture and basic descriptive identifiers.  The collection photographs are a great resource, however I wish more contextual and historical information was available about the collections. 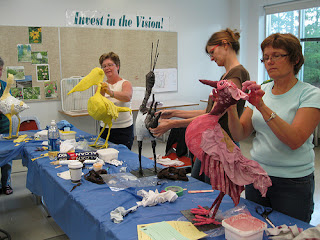 How can (and do) heritage organizations other than living history sites engage visitors in types of experiential learning? Art institutions often provide classes which introduce visitors to a particular art form – be it pottery, drawing, or painting.  An example of this is the Whitney Museum of American Art‘s drop in drawing class, which situates participants in a gallery and provides drawing instruction.

An increasing number of museums are also offering experiential learning based educational programs.  At times these programs take on a feel of a living history and allow visitors to learn a historical skill or participate in a period celebration (eg. Christmas in the 1800s).  Museums also utilize educational reproductions to allow hands on experience with collection material. The Norwegian-American Museum‘s curator for a day program is an example of a museum program which fully dedicates itself to experiential learning.

Some archives have also moved to providing a more experiential based outreach programs for schools.  These programs often focus on introducing students to the value of historical photographs and documents.  For example, students can be sent on a source ‘scavenger hunt’ where they search through reproductions of newspaper clippings, photographs, and other material to find particular information.


Do you have memories of a particularly good (or bad) experiential learning program at a heritage site?

The users groups of heritage organizations vary greatly from organization to organization.  People who frequent a university archive, a children’s museum, and a local history corner at a public library typically have very different needs.  Providing quality programming depends on heritage institutions knowing their users and gearing specific programming to different types of users.

One of the unique user groups I’ve been thinking a lot about recently is visitors from outside of Canada.  This group of patrons contains a variety of users but in my case the group is made up of academics from foreign universities, tourists, and international students.

Visiting academics from afar are often undertaking directed research and may require assistance in making the most of their time in the area. Conversely, tourists and international students often know little about the institution or local history.  Tours and basic public programming should be expanded to explain the significance of the heritage held by your institution.  You may also need to incorporate some broader Canadian or regional history into your tour for the information to make sense.

For example, a group of international students receiving a historic site tour of a former residential school may have little understanding of colonialism in Canada.  It would make sense for the tour introduction to include an explanation of the residential school system, the factors that contributed to the creation of such a system, and a general overview of Settler-First Nation relations.  It is also crucial that staff are using language appropriate to the group – using Canadian-ism and jargon isn’t going to be helpful to most international visitors.

What types of targeted user group programming does your institution offer?

Many heritage institutions broach topics and themes that have the potential to be emotionally difficult for visitors.  The holocaust, wars, slavery, residential schools, and numerous other topics are addressed by heritage organizations across the world.  Physical displays, archival records, and digital material all have the potential to be triggering – especially if the topic being addressed is emotionally sensitive or has a personal connection to patrons.

How do heritage organizations broach collections that contain material which may be considered triggering?  Careful consideration should be put into displays, contextual information, and the general presentation of material.  Ideally organizations will have established policies for handling this type of material and include members from the impacted community in the design process to provide guidance.

Even organizations which cannot afford to hire a health support person full-time should look into providing all their front line staff with basic health awareness training.  This training should touch on possible triggers, how to identify people who have been triggered, techniques for approaching and talking to someone who is emotionally triggered, and coping skills for dealing with sensitive information.

Heritage institutions are gateways to the past.  It is crucial that staff are aware that this gateway can open up to memories which are not always pleasant.  History needs to approached respectfully and patron care is essential to respectful presentation of the past.

This is the fifth segment in a series of posts entitled, “Collection Glimpses.”  Each post in the series  focuses on a unique collection, innovative repository, or a not well known cultural heritage institution. 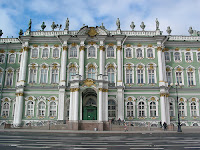 The State Hermitage Museum, located in St Petersburg, Russia is one of the oldest and largest museums in the world.  The Hermitage collection began under the reign of Catherine the Great and was initially her private art collection.  The Hermitage opened to the public in 1852. 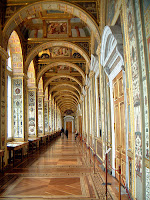 In collection as vast as the Hermitage holdings it’s hard to pick out collection highlights.  However, I personally enjoy the Museum’s Treasure Gallery which features goldwork and the history of the jewelry craft. The Hermitage also hold a large prehistoric art collection, which features artwork in a variety of formats from a number of civilizations.  Despite holding a fantastic collection, the Hermitage website isn’t the most user friendly and doesn’t readily facilitate exploring the collection online.

If you’re interested in learning a bit more about the Hermitage Museum, check out the Museum Secrets episode that features the Hermitage.

As part of a work project, I recently spent some time scrolling through a variety of digital exhibits created by heritage organizations.  My goal while looking at these online exhibits was to compile a list of functions and visual characteristics which comprise a ‘good’ online exhibit.   I’m not sure my efforts resulted in an ultimate list, but I did come a few digital exhibit techniques I liked and a lot I that found verging on horrible.

What makes a good digital exhibit? What is your favourite virtual exhibit? 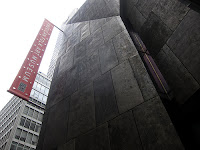 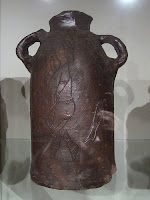